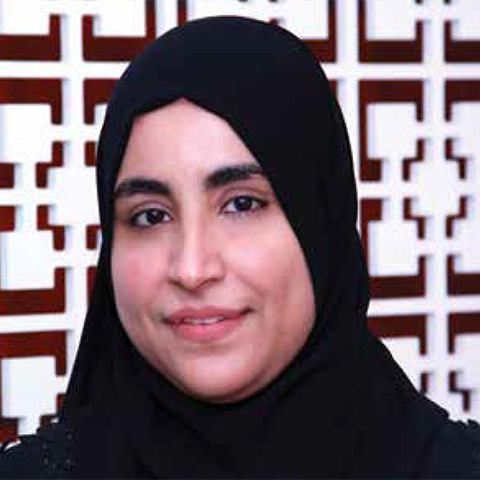 Aliya is a successful housewife who felt the need to play a larger role in society and develop a sustainable source of income for herself and her family. Thinking deeply of her ambitions, she struck upon the concept for her new enterprise, one she felt confident she could successfully establish and manage. Aliya shared her vision of the new business with her husband and he too was excited about it and promised to stay by her side and provide all the support she needs to succeed in her entrepreneurial dream. She is Aliya Abdullah Al Nabhani, the owner of Al Rawaye Al Shamikha poultry farm.

Aliya lives in the Wilayat of Nizwa. In 2013, she founded her own business which was a small traditional poultry barn that produced around 3,000 chickens a year. She oversaw the construction of the barn on her father-in-law’s farm and very quickly the demand for her locally produced chickens outstripped the supply. Recognising the unprecedented demand in the local market, Aliya decided to expand the business and transform it from a small barn operation to a fully commercially sized farm, increasing the number of barns for chicken production.

Commenting on the expansion of her business, Aliya Al Nabhani says, “I decided to expand breeding capacity and rented a farm in Al Karsha region in the Wilayat of Nizwa. I built two large barns which were able to produce around 5,000 chickens during one season. Traditionally, the breeding season lasts for nearly two months which is the period the chicken spends to grow, starting from the time when the eggs hatch, to the age in which the bird is mature. With this expansion, the business reached a total annual production of around 30,000 chickens. In the beginning, our farm served the Wilayat of Nizwa only, then we started delivering our products to the Wilayat of Al Hamra and the Wilayat of Bahla. We deliver the chicken slaughtered and cleaned to the houses without adding delivery fees on the actual price. In fact, recently we started delivering orders to the Muscat Governorate, especially to relatives and friends in some parts of the capital.”

Witnessing the huge demand for the business’ poultry products, Aliya believed it was necessary to expand the business even more to satisfy market demand, but given the rapidly growing size of operations, she felt the need for specialized technical advice and financial support in order to expand in an organized manner. Aliya understood that expert advice will ensure the growth of her business and increase revenue, which is needed to fund her expansion plans. It is at this point that Aliya sought out the support of Zubair SEC, where she registered as a member to benefit from expert consultancy services.

Commenting on joining hands with the Zubair SEC team, Aliya Al Nabhani noted: “When I started the poultry farm the production quickly reached around 30,000 chickens annually. The demand kept growing and I decided to further expand the business and increase production, but the expansion costs were very high and existing revenues could barely cover it. This is a hard position to be in; our business was a great success, but we were struggling to fund the future expansion plans. Therefore, I thought about obtaining expert advice on how to increase revenues to fund our planned expansion. In 2015, I applied for the membership of Zubair SEC. A good friend recommended Zubair SEC to me, as she had been previously accepted into the Direct Support Programme offered by the Centre. After I became a member at the Centre I benefitted from many valuable consultations which helped me plan the business expansion. Then, I applied for entry into the 2016 Direct Support Programme and by Allah’s will I was one of the winners.”

By winning membership into the Direct Support Programme, many doors for development and growth were opened for Aliya’s business. The services she received included a comprehensive financial audit, which confirmed that existing revenues were unfavourable compared to planned expenditures. In this stage, there was a need to restructure in order to achieve higher revenues without adding expenditure. After several business studies and plans, Aliya and the Zubair SEC team recommended adding a third barn to her operations, allowing for higher production of chicken without resulting in significant additional expenditure. The expansion of the third poultry barn was primarily funded by the Direct Support Programme grant.

Aliya says: “Winning membership in the Direct Support Programme 2016 opened broad horizons for real success in my business, and I say real success because the business was successful regarding the demand for our product, but it was not ideal regarding profitability. After many meetings and consultations, the Zubair SEC team suggested directing the programme grant towards constructing a third poultry barn which was much bigger and uses modern systems. The barn was constructed according to modern standards unlike the previous traditional barns. The new barn is thermally insulated which reduces electricity consumption and can be transferred from one place to another if needed. It also has the modern automated irrigation system which reduces water consumption, in addition to a very modern heating system which maintains a consistent temperature degree inside the barn throughout the year.”

The third barn now produces around 36,000 chickens annually, and as a result, the overall production of the farm from the three barns has now reached nearly 66,000 chickens each year, which contributes in generating higher revenue while fixed primary expenditures, like the farm rent price, did not change.

In addition to Aliya Al Nabhani and Zubair SEC working on adding the third poultry barn, the Centre also worked on preparing a modern new identity for the enterprise, choosing a unique name for the business, and preparing a new logo to enable more effective marketing.

Talking about her future plans, Aliya says, “I thank god for helping me achieve my ambition. Thanks to the great support of the whole Zubair SEC team I was able to see my business growing further and further. I would like to deeply thank everyone in the Centre for their great support and efforts, and I have a big vision that my business will all cover parts of the Sultanate and then we aim to start exporting our products to other Gulf countries.”